SAME DAY DELIVERY IN
ALL OVER KARNATAKA

For Him For Her For Kids

Can't find a PRODUCT or delivery DESTINATION : Don't Worry -- Just tell Let us know your requirement we shall try our best to arrange it for you.

About the City: Mysore is a beautiful city with lush green surroundings, well sculpted temples, and splendid architectured buildings, attracting thousands of tourists year round. It is the third largest city in Karnataka based at the foothills of magnificent Chamundi hill. The city is also the head quarters of the Mysore district. It was formerly ruled by Wodeyar dynasty and served as the capital of Mysore Kingdom; the rulers equally contributed to the growth of the city and turned it into a tourist destination offering interesting places to visit. The city is also known as cultural capital of Karnataka. The city is located in between two Rivers Kabini and Kaveri, it is rated as the second cleanest city in India.

History of the city goes like this: The name of the city has been derived by the anglicized version of Mahishuru, which meant the abode of demon Mahisha or Mahishasura who was half human and half Buffalo, he was killed by Goddess Chamundeshwari whose temple is situated on the top of the hill.

Economy: Mysore is known as the tourism capital and major income is generated by tourism industry, the city is also home to weaving industry, bronzework, arts and handicrafts made of sandalwood, and also salt and lime production sky rocketed in the city paving way for industrialization which helped into economic growth. As years passed by Information Technology companies also set their software companies providing employment for the local people and it emerged as the largest software exporter of Karnataka. Some major industries set up in the city are Infosys, Larsen and Toubro, Bharat Earth Movers and many more.

Education: Modern education system started in Mysore when free English school was started based on the western model in the princely state providing quality education and later many Universities were set up imparting quality education some prominent colleges to mention are Maharajas College, University of Mysore, other institutes such as Defence food Research Laboratory, All India Speech and Hearing Institute and many more.

Culture: Mysore is referred as Cultural capital and it is widely known for festivities that are celebrated with grandeur, Dasara is the festival celebrated with ten day festivities well arranged with cultural programmes the festival is a great platform for artists, dancers, musicians, magicians and many other talented acts that is witnessed by thousands of tourists. Dasara festival’s main attraction is Jumbu Savari accompanied by Camels, Horses, musical bands, decorated Elephants which marches along the aisle making the environment electric. The city is also referred as City of Palaces comprising of many Palaces with intricate designs, architecture, paintings, extremely splendid façade and ornate interiors special mention is Amba Vilas, Jayalaksmi Vilas, Lalitha Mahal, Rajendra Vilas and many other amazing places to visit for tourists.

Transport: The city is well connected by road, rail and air which makes convenient for the people to travel and witness the grandeur of the city. Mysore is also famous for Silk clothing like Mysore Silk saree, Mysore pak a special dessert made of ghee, sugar and Besan which is the must have in a tourist bag while returning back from the city. 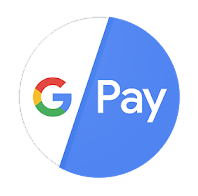 FAQ's
Terms and Conditions
How It Works
Site Map